Speaker of the senate Kenneth Lusaka has called for the Luhya unity ahead of 2022 polls.

Lusaka said it was time for the Mulembe nation to self-sacrifice itself and front one potential individual who will steer the region to the presidency.

The speaker was speaking during the official launching of Royo hospital limited at Malava where he challenged the Luhya leaders to unite and support one of their own that is most popular and politically sell-able across the nation to go for the top seat.

“We are peaceful people of Mulembe and there is time for everything and as much as we all feel superior enough to vie for certain positions, let us gauge ourselves and support one of us for the top seat as other tribes do.”

He wondered why Luhya nation leaders have always been at logger heads with each other over leadership matters that end up seeing them loosing due to disunity.

Let us emulate our brothers from central, Rift valley and Nyanza who have a staunch stand on political matters and they know whom to support when the time comes.

“We are always quarreling and chest thumping ourselves even when we know that the other person is strong and better suited to win the seat, but we are ready to stand up against him and divide the votes, let us stop being selfish and work as a team if we are to be counted in the next government.”

He advised the leaders to be strategic and seek political alliances with other tribes in a bid to form the next government.

Lusaka stated that it was time the Western region stopped being misused to divide their leaders seeking presidential ambitions and instead stand firm by supporting one of their own.

“We have seen cases where leaders traverse this region seeking political mileage at the expense of the region’s leaders and as voters we end up supporting them leaving our own and this has been a major political hurdle we have been having and has for many years been a setback in the region leadership.

Kakamega senator Cleophas Malala, hinted that it was time for the Luhya nation to rise up and demand for the presidency as time was ripe.

The president has already hinted that it is time for other communities to lead and we are better place to take a stab at the presidency considering that Musalia Mudavadi is acceptable across the nation.

Malala who is also eyeing the Kakamega county gubernatorial seat in the coming polls said he was also aspiring to be the president in the near future.

I’m still a young man who in the near future I will be nurturing my ambitions to be even the president of this country so I urge you to invest in me and help me grow politically for the future when Musalia, Wetangula, Lusaka, Khalwale and Oparanya will have exhausted themselves, that will be my time to exercise my aspirations. 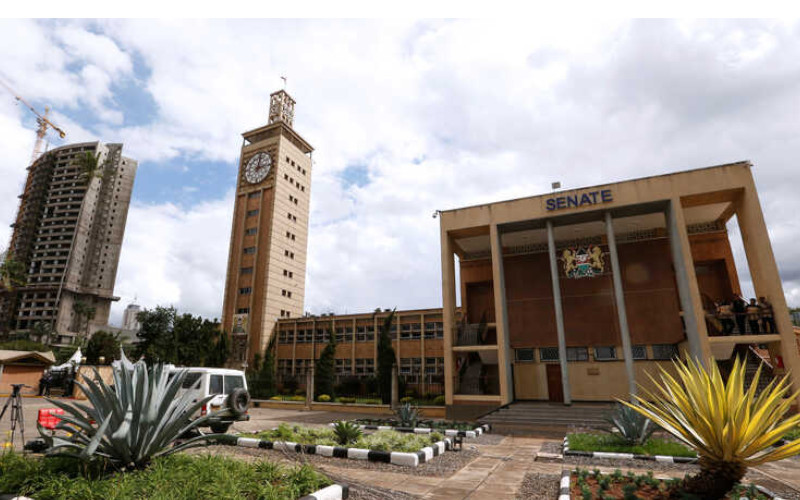